According to the Mayan calendar the world will end this year. So I better get to updating you on our lives here in the Brasil.

Christmas/Natal
Went well, it was our first Christmas away from our families but we enjoyed the relaxing vibe of Brazil during December. Not once did I hear someone tell me how many shopping days left until Christmas.  It was also different to hear screaming children at midnight on Christmas Eve or early Christmas morning.  The tradition in Brasil is to eat dinner around 10pm and then open presents around midnight and then to hang out until 2am or so.  We were in bed by 11pm but had a hard time sleeping due to the excited squeals of children.

New Years Eve/Reviellon
We attended a party sponsored by our church. It started at 10pm and did not end until the wee hours of the morning. We left around 1245am because we had to get up early the next day but we were the first ones to leave and everyone asked why we were leaving so early.  The nights festivities consisted of talking, eating, and watching some fireworks. It was good fun.

Yesterday we returned from a 5 day conference we had called PDF. And no it wasn't sponsored by Adobe. PDF= Projeto de Férias.  I will talk more about this later.
at 11:57 AM No comments: 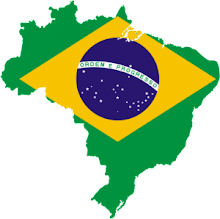